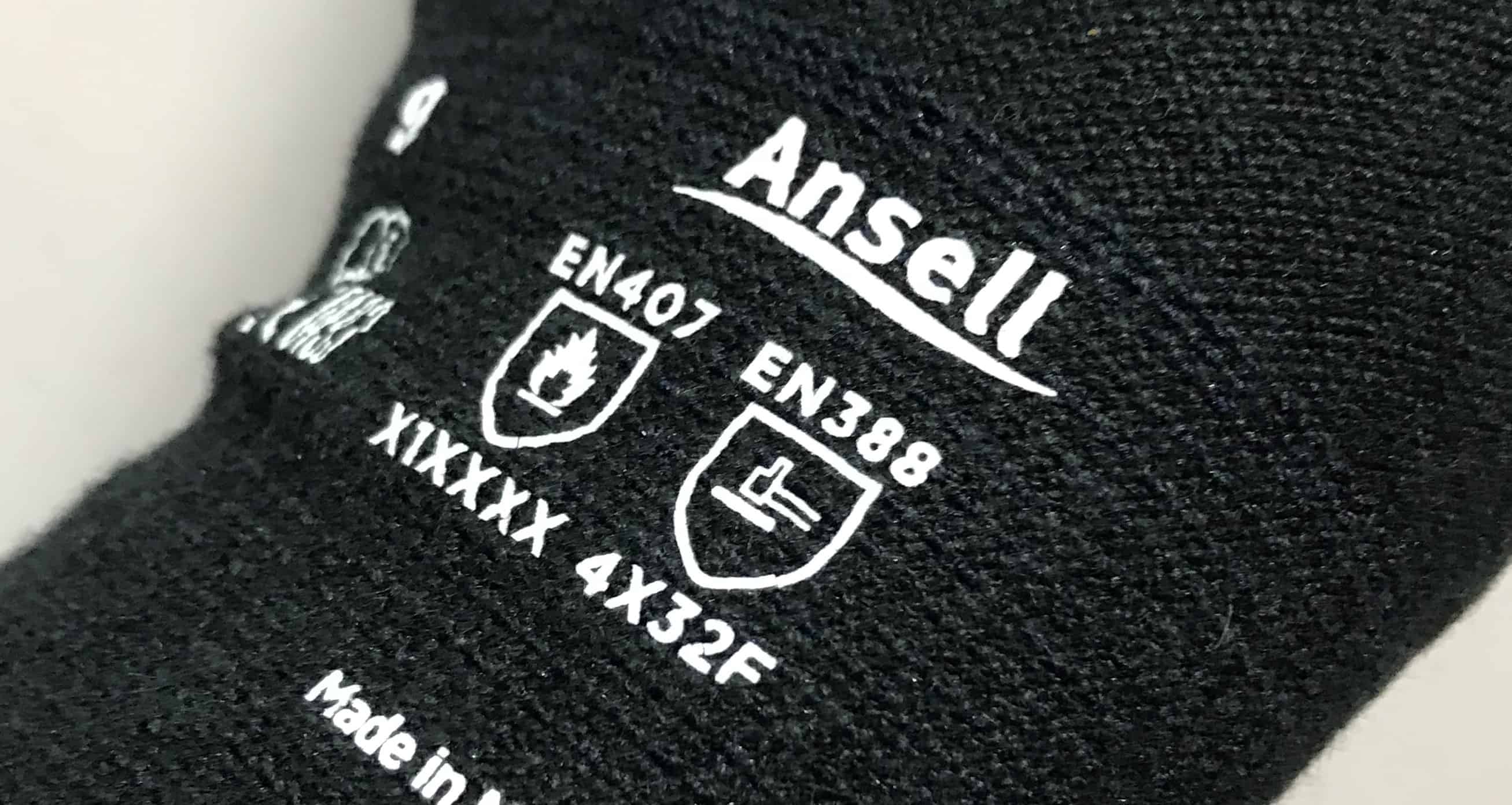 Previously, there was a 4-character performance rating, as below:

In the new version, Abrasion, Tear, and Puncture stay the same, but Cut Resistance moves to a letter rating from A to F and appears at position 5. Manufacturers have a set amount of time to roll over to the new system, so some gloves may not change. If a manufacturer is choosing to update, you will see an 'X' where you would previously have seen the Cut Resistance number. This means that the company is choosing to only report under the new Cut Resistance test because a dulling effect occurs during the Coup Test, so it's not a true indicator of cut resistance under the new standard.

You should also see a character at position 6, this is your impact rating. It will either be a P for Pass, or an F for fail, or X for Not Tested.

So, the new performance rating is:

Gloves using the old EN388 standard may continue to be sold, because there is a 2 year compliance period. If you require impact or cut protection and your gloves don't show the updated markings, please ensure that you refer to the manufacturer specification sheet to ensure you are using the best possible glove for your situation.

The new EN388 standard changes with the formal inclusion of the ISO 13997 cut test method. It is similar to the ASTM F2992-15 test method and is also known as the TDM-100 Test. The TDM machine uses vertical force and a sliding blade, whereas the Coup test uses a rotating and linear blade movement with a fixed load. The Coup Test would produce a quickly dulling blade when testing yarns with high levels of steel fibres and glass, so could provide unreliable scores.

*Coup Test: In this test, a circular rotary blade moves back and forth with a defined force (5 newtons) on the test object until the blade breaks through the material. The sharpness of the blade is then measured against a cotton reference material. The result is displayed as an index value calculated first from the cycle count it took to cut through the cut-resistant material and then the reference material.

There are no comments for this article